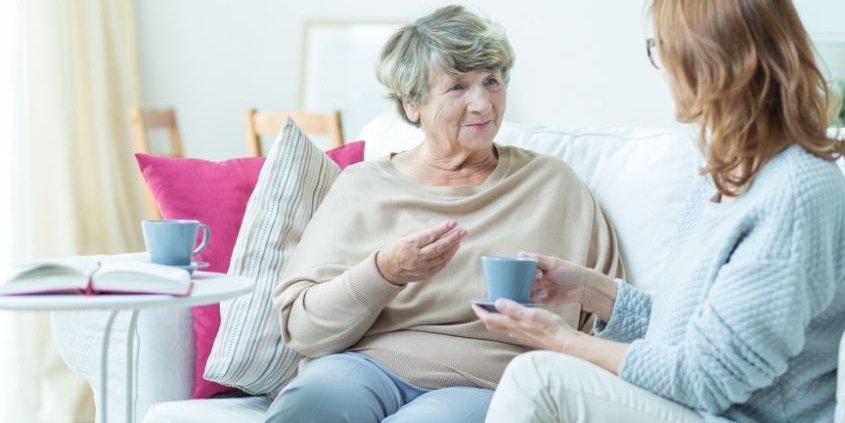 Dementia Action Week will take place this year on 17-23 May 2021. At The Mayfair GP, we are committed to providing dementia support to those suffering with the illness, as well as their families, in whatever way we can. This past year has certainly been tough on those living with dementia.

The word ‘dementia’ describes a set of symptoms that may include memory loss and difficulties with thinking, problem solving and language.

Dementia can be caused when the brain is damaged by a disease, such as Alzheimers, but this is not the only cause.

The most common causes of dementia are:

Why has this year been so bad for dementia?

For those suffering with dementia, regular contact with others, and particularly with loved ones, can help them to keep on top of their symptoms. Visits from family members can give a day structure and help to retain memories of faces and events.

With care homes closed to visitors and strict lockdowns meaning that even those still living at home could receive minimal visits, that lifeline has been removed for many.

Research by the Alzheimer’s Society has shown that the past year has had a huge impact on those suffering with dementia. More than four in five (82%) people with dementia have experienced a deterioration in their symptoms. 50% reported increased memory loss. A third of people said they were having increased difficulty in speaking and understanding others. 28% had experienced a loss in the ability to perform basic tasks, such as dressing themselves.

As family members are allowed to visit loved ones again, the shock of their deteriorated state can be upsetting. Little can prepare you for the reality of a parent who no longer recognises you.

It can be equally hard to see family members who this time last year seemed fit and well. But now they might be struggling as their routine and contact with the outside world has been disrupted for so long.

At The Mayfair GP, we specialise in elderly care, and are able to diagnose, treat and manage illnesses like dementia. We can support patients with routine and home visits, but we can also help to support the whole family. Get in touch by calling 07568 369 455‬ or email info@themayfairgp.com .

We may request cookies to be set on your device. We use cookies to let us know when you visit our websites, how you interact with us, to enrich your user experience, and to customize your relationship with our website.

Click on the different category headings to find out more. You can also change some of your preferences. Note that blocking some types of cookies may impact your experience on our websites and the services we are able to offer.

These cookies are strictly necessary to provide you with services available through our website and to use some of its features.

Because these cookies are strictly necessary to deliver the website, refusing them will have impact how our site functions. You always can block or delete cookies by changing your browser settings and force blocking all cookies on this website. But this will always prompt you to accept/refuse cookies when revisiting our site.

We fully respect if you want to refuse cookies but to avoid asking you again and again kindly allow us to store a cookie for that. You are free to opt out any time or opt in for other cookies to get a better experience. If you refuse cookies we will remove all set cookies in our domain.

We provide you with a list of stored cookies on your computer in our domain so you can check what we stored. Due to security reasons we are not able to show or modify cookies from other domains. You can check these in your browser security settings.

These cookies collect information that is used either in aggregate form to help us understand how our website is being used or how effective our marketing campaigns are, or to help us customize our website and application for you in order to enhance your experience.

If you do not want that we track your visit to our site you can disable tracking in your browser here:

We also use different external services like Google Webfonts, Google Maps, and external Video providers. Since these providers may collect personal data like your IP address we allow you to block them here. Please be aware that this might heavily reduce the functionality and appearance of our site. Changes will take effect once you reload the page.

The following cookies are also needed - You can choose if you want to allow them: