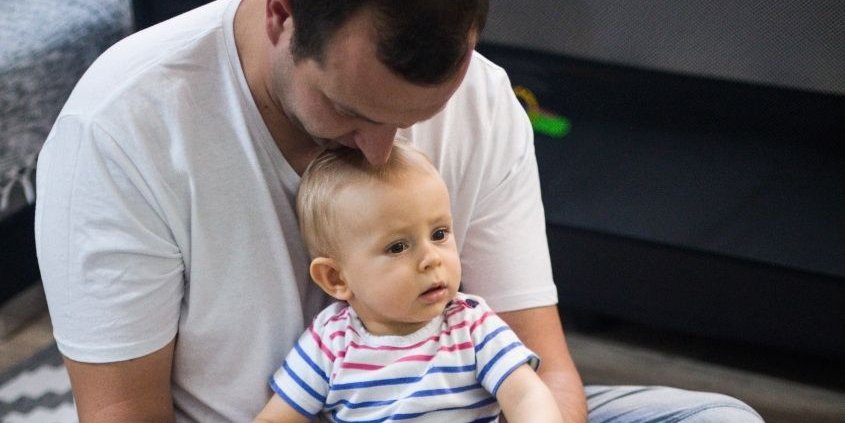 May is Maternal Mental Health Awareness Month, and here at The Mayfair GP that’s a topic that is close to our hearts. Untreated perinatal mental illness is one of the leading causes of maternal death during pregnancy and in the first year after giving birth, so it is vitally important that healthcare workers are on the lookout for any warning signs.

Becoming a mother, especially for the first time, can be a daunting prospect, and the actuality is life changing. It is entirely normal to feel overwhelmed at times, both during pregnancy and in the weeks and months after birth. Particularly when you factor in the hormonal surges your body is experiencing.

However research suggests that, for one in ten mothers, this feeling isn’t limited to a few weepy moments. It can become a constant, ongoing depression.

Symptoms of perinatal depression include:

Symptoms of postpartum psychosis include:

Whilst postpartum psychosis is a serious mental illness that requires immediate medical attention, it should be noted that most women make a full recovery.

Dads can struggle too

Although perinatal mental health problems for mothers are a huge concern, it’s not just women who can find the adjustment to parenthood difficult.

According to Mark Williams, founder of Fathers Reaching Out – a campaign dedicated to paternal mental health – at least one in ten fathers suffer from postnatal depression. And he estimates the actual figure to be higher, as men tend to hide their feelings.

Williams stresses the importance of considering paternal mental health too. Parenthood can have far reaching effects for the father’s wellbeing. The rate of suicide among men increases between the ages of 30 and 44, and this increases when they enter into fatherhood. And a father’s mental health can affect the wellbeing of the mother and baby:

What to do if you or someone you know is struggling

Here at The Mayfair GP, we are committed to supporting perinatal mental health. We offer a range of services for parents, including the family health clinic, health screenings and a comprehensive paediatric care service.

We may request cookies to be set on your device. We use cookies to let us know when you visit our websites, how you interact with us, to enrich your user experience, and to customize your relationship with our website.

Click on the different category headings to find out more. You can also change some of your preferences. Note that blocking some types of cookies may impact your experience on our websites and the services we are able to offer.

These cookies are strictly necessary to provide you with services available through our website and to use some of its features.

Because these cookies are strictly necessary to deliver the website, refusing them will have impact how our site functions. You always can block or delete cookies by changing your browser settings and force blocking all cookies on this website. But this will always prompt you to accept/refuse cookies when revisiting our site.

We fully respect if you want to refuse cookies but to avoid asking you again and again kindly allow us to store a cookie for that. You are free to opt out any time or opt in for other cookies to get a better experience. If you refuse cookies we will remove all set cookies in our domain.

We provide you with a list of stored cookies on your computer in our domain so you can check what we stored. Due to security reasons we are not able to show or modify cookies from other domains. You can check these in your browser security settings.

These cookies collect information that is used either in aggregate form to help us understand how our website is being used or how effective our marketing campaigns are, or to help us customize our website and application for you in order to enhance your experience.

If you do not want that we track your visit to our site you can disable tracking in your browser here:

We also use different external services like Google Webfonts, Google Maps, and external Video providers. Since these providers may collect personal data like your IP address we allow you to block them here. Please be aware that this might heavily reduce the functionality and appearance of our site. Changes will take effect once you reload the page.

The following cookies are also needed - You can choose if you want to allow them: